How in touch are you with your high school athlete?

Did you know that it’s also referred to as “Juuling” and that, currently, not a day goes by without a high school student getting busted for it at school somewhere?  Yes, it’s legal but not allowed at school. It’s going on in your town and in mine.  The Juul is a trendy vape pen that heats up liquid nicotine that users inhale. The pen has capsules, or pods, that come in a variety of flavors like “cool mint” and “fruit medley.” 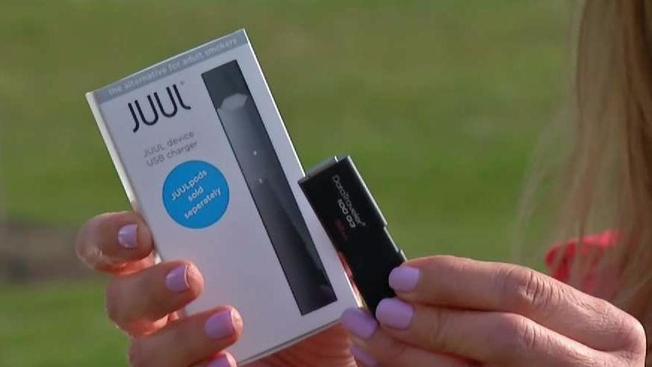 Research shows that 25 percent of 15- to 24-year-old JUUL users refer to their behavior as “JUULING.” The Juul e-cigarettes closely resemble flash drives. So much so that some schools have banned flash drives from their campuses. The vapor cloud from the Juul is “so small and dissipates so quickly that teachers are usually none the wiser.”

Scott Gottlieb, the Food and Drug Administrator Commissioner, called teenage vaping an “epidemic” and announced his group would work to stop retailers from selling e-cigarettes to minors and warned of a possible ban on flavored e-cigarette liquids.

Since I have 4 kids, two of whom are teenagers, I make it my business to stay up to date on this stuff. I also work with teenage athletes and have already told them that if you vape or “Juul”, you won’t be in my strength and performance program. I always eventually find out because I’ve built a lot of trust with my athletes. I learn things. At this point in my life, I do not want to waste time with anyone other than athletes who want to be successful.  Yes, I’m still an athlete.  I compete.  I want to surround myself with like minded competitors.

Maybe. But will these same athletes look back in 10+ years and see the benefit of having a coach who looks out for them? A coach who protects the integrity and “vibe” of the program with his every fiber? I’ll take the chance that they will appreciate my looking out for them.

To Be Successful In Bodybuilding, You Must Dedicate Yourself 100% To Your Training, Diet And Mental Approach.

This is all I know when it comes to bodybuilding, fitness and continuous improvement. Dedication.  When I started training high school athletes, I knew that I had to use the same approach. No shortcuts. I needed my athletes to trust me, to stick with the process and if they could block out distractions and stay consistent, they would become bigger, faster and stronger. They would accomplish what they set out to do.

Just effort, hard work and belief in themselves and in the process. This is an iron clad training approach. Sports require power – football, baseball, basketball. Strength, speed and power are the goals. The formula works every time IF the athlete is coachable and is able to block out peer pressure and distractions.

I look at Juuling as a distraction. I wonder if it’s a gateway drug (nicotine) that leads to other, more dangerous drugs. Often times, one thing leads to another. BuzzFeed estimates over 50,000 posts under the hashtag #Juul on Instagram alone. Juul is still too new to have any data specific to its risk as a product, but recent research has shown the dangers of teens vaping. But researchers from the University of California, San Francisco challenge the idea that e-cigarette vapor is safe. They found that teens who use e-cigarettes are in danger of inhaling
cancer-causing chemicals, especially in fruit flavors.

In a survey of 1,018 15- to 24-year olds, the Truth Initiative found that 37 percent of teens were uncertain if they were inhaling nicotine, even though it states on the JUUL website that each pod is equal to 200 cigarette puffs, the equivalent of a pack a day. The Boston Globe calls Juuling “the most widespread phenomenon you’ve never heard of.” While you may not know about this form of vaping, there’s a good bet your kids have.  “Juuling in the bathroom” has become so widespread among young people, some school administrators are warning parents about the dangers of e-cigarettes, including the brand called Juul.  “The presence of harmful ingredients in e-cigarette vapor has been established,” the authors wrote.