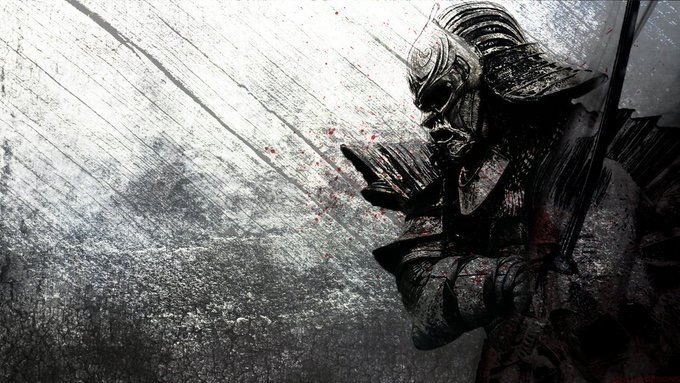 The Russians dominated the 1976 Winter Olympics.

In 1979 at a sports psychology and performance gathering in Milan, Italy, American Scientist Charles Garfield, Ph.D. found out why. After a late-night party in Milan with the city’s founding fathers and other dignitaries, a group of Russian Scientists told Charles that the reason they dominated that year was because of a secret mental approach. They had been implementing visualization, relaxation and concentration drills on their athletes which helped them DESTROY the competition.

Charles Garfield had been a bodybuilder, weight lifter and powerlifter for most of his years and simply couldn’t believe what he was hearing. He called B.S.  The Russians and Charles went back and forth until one of the Russians said: “Let’s go find a gym right now and we’ll prove it to you!” So at 1 am in Milan, Italy they went looking for a gym.

PREPARE TO HAVE YOUR MIND BLOWN!

Once they found a gym, the Russians asked Charles what was the most weight that he had ever bench pressed. Charles said that about 8 years earlier he had been in hard training and had benched 365lbs. They then asked him how much did he think he could bench press right now as an absolute maximum. Charles thought for a moment and then told them 300lbs maybe.

As he warmed up, the Russians began using their mental toughness techniques on him – concentration, relaxation, visualization. I should mention that Charles WAS NOT warming up with any weight or with a barbell. At this point, it was all verbal. Coaching him, prepping him mentally. They walked him through 225lbs, 300lbs, 335lbs but only verbally, mentally. They loaded the barbell with 365lbs and told him to go ahead and physically perform the bench press for 1 rep.

To his amazement, he did it! Charles lifted 365lbs whereas just 45 minutes earlier he was sure that his one-rep max was only 300lbs. That’s a 20% increase!  If you’re skeptical about this story, understand that the top strength experts and scientists are very familiar with Garfield and this occurrence.

Dr. Richard Restak, a neuroscientist and author of 12 books about the human brain says:
“The process of imagining yourself going through the motions of a complex musical or athletic performance activates brain areas that improve your performance. Brain scans have placed such intuitions on a firm neurological basis. Positron emission tomography (PET) scans reveal that the mental rehearsal of an action activates the pre-frontal areas of the brain responsible for the formulation of the appropriate motor programs. In practical terms, this means you can benefit from the use of mental imagery.” 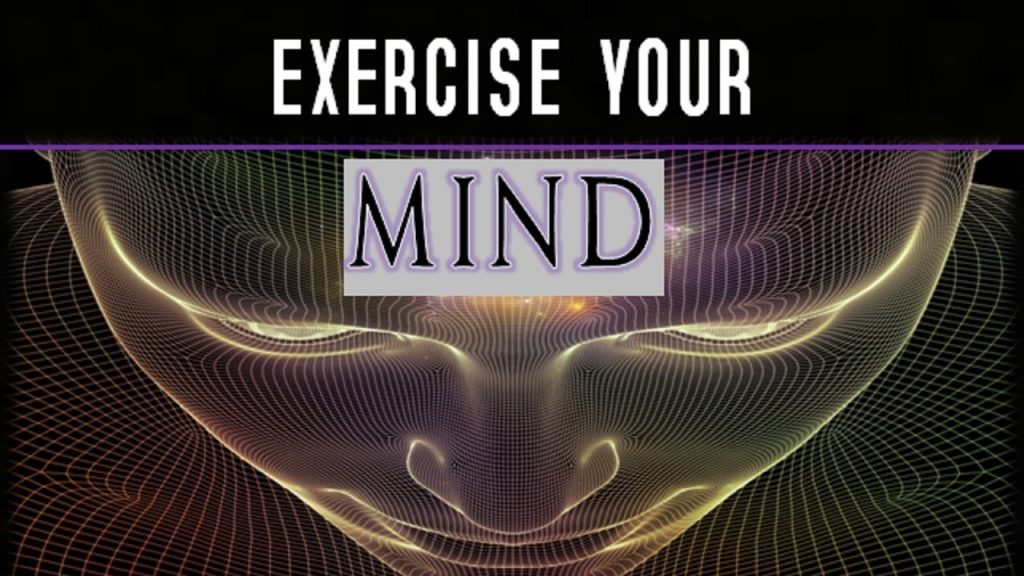 OU NEED TO KNOW THIS

At any time, whether you are an elite world-class athlete or not, you are only using 25-30% of your muscle power.

Think about it. Your muscle fibers are only giving you 25-30% of their total ability. Wow! JUST KNOWING that should cause your face to break into a big grin. The question is, how do you bridge the gap? How do you go from 25-30% to 31% or more?

You use your mind.

If you always put limits on everything you do, physical or anything else, it will spread into your work and into your life. There are no limits. There are only plateaus, and you must not stay there, you must go beyond them – Bruce Lee

You work on the same techniques that the Russians used on Charles Garfield. These techniques are those of:

By the way, this is NOT a foo-foo Austin hippie drill where you eat magic mushrooms and go into a trance.  This method is used on elite world-class athletes who lift tons of weight, sprint like a cheetah and jump like a red kangaroo.

Prior to the 1976 Olympics, the Russians divided their high-level elite athletes into 4 equal groups. They wanted to conduct an experiment with the mental training techniques that they had been developing.

At the conclusion of the experiment, Group 4 made the most improvement in terms of their physical capabilities!

THE MENTAL TRAINING OBVIOUSLY PAID OFF.

More than ever, we as a society are distracted. Even if you’re NOT an athlete nor want to be one, these techniques will help. I saw a story about Arnold Schwarzenegger recently in which he talked about his need to become more focused in the mid-seventies. He was just starting to realize some success by way of his movie career, real estate, books, and seminars. He felt distracted and unfocused. A friend told him about transcendental meditation. He started using it 2 times a day for 20 minutes each session. The transcendental meditation technique involves the use of a sound or mantra and is practiced for 15–20 minutes twice per day.

Arnold said that it completely fixed his distraction problem and that he learned how to focus and go on to do some big things in life (mild understatement).

“I’m not warning against learning many things on many subjects, and virtuosity can indeed be useful. My warning is against distraction, whether you invite it or just let it happen, as I’ve done all my life.

In baseball, high-percentage hitters know better: it’s “focus” they talk about, and they prize it as much as strength.

Psychologists describe skilled rock climbers and tennis players and pianists as going beyond focus, to what they have called a “flow” experience, a sense of absorption with the rock or the ball or the music in which the “me versus it” disappears and there’s a kind of oneness with the task that brings a joyful higher awareness, as well as successful performance.

I’ve had these experiences, too little but not too late, and probably you have, too. They are a supreme kind of pleasure. You will have more of them if you do one thing at a time.”

Síofra Cléirigh Büttner’s standout high school career in Dublin, Ireland – in which she won a record six consecutive National Schools Cross Country titles and set the National Schools U19 800 meters record – was enough to earn her a track scholarship to Villanova University. Once she got on campus, Síofra continued where she’d left off, capturing All-BIG EAST and Mid-Atlantic All-Region honors in her freshman cross country season, earning a BIG EAST 4×800 meter indoor relay title, and running legs on a pair of winning distance medley teams at the Penn Relays.

These accolades led to Síofra being named Villanova University Female Senior Student-Athlete of the Year. After graduating, Síofra qualified for the Irish national team’s 2019 IAAF World Championships squad after setting a national record in the 800 meters but had to withdraw due to injury. She continues to advance her pro running career with Team New Balance Boston.

In a recent interview with Phil White of the website https://goatfood.champsmind.com/, Büttner tells him,

“Even in high school, I used a bit of visualization and mental imagery. My brother is huge into track and he encouraged me to try visualization the night before a race. And it’s not necessarily going to be how it works out on race day, but it could help to think of all the possible outcomes and then how you would maybe respond to them. It prepares you for the possible. And then whatever happened, it made me less nervous on race day, because I was like, “Okay, so if this happens, I can deal with that.” Or if I fell in the race, I’d just get up straight away and not even think about it. 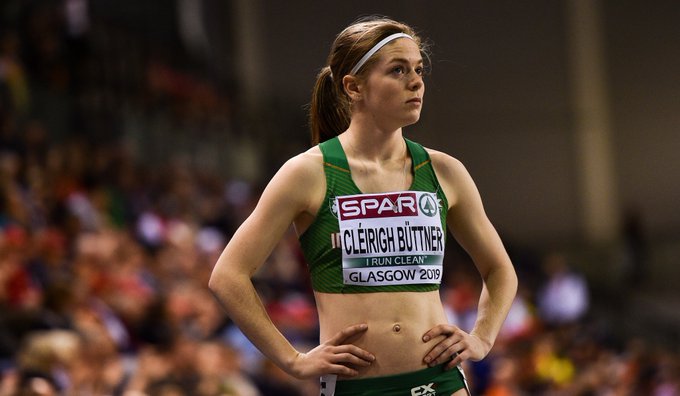 Sometimes in college before my race, I would actually do it just before I warmed up when most people listen to music. I would lie down on my stomach and I’d almost run through the race in my mind, with my eyes closed, and I’d be so relaxed and prepared that sometimes I would actually doze off. And I liked that because not only was it mental visualization for the race, but it was also almost like a form of meditation for me. I never got very nervous when I did that. I’d be ready to warm up and then to race. I’ve also done it the night before races just lying in bed because I think that gets rid of the nerves as well.”

Spend 5 minutes in a quiet, dark room with a timer and a penlight, flashlight, etc. Turn the penlight on, turn the lights in the room off so that it’s dark, start the timer which should be set for 5 minutes (more if you want). Your goal is to focus on the light which should be shining on a wall. As thoughts come in and out of your mind, continue to gaze at the light. Keep your mind clear. Focus on your breathing to relax. Once the timer goes off at the 5-minute mark, you’re done.  When starting, your biggest obstacle will be simply to focus.  You’ll need to check your phone, your social media, go to the bathroom, hear a distracting noise, scratch an itch – BLOCK IT ALL OUT.  That’s how you exercise your mind.  Over time, it will get easier and you will be making progress.

Repeat this drill every day for 7 days. I’ve found that right after a workout but before I eat is a good time for me. Find the time that works for you. By doing this drill, you are working your mental muscle, building your focus capabilities and drowning out the noise.

But, in the first place, you must learn to exercise your mind – Eugen Sandow

The above sentence is the third sentence of the classic 1897 book, “Strength and How To Obtain It” by Eugen Sandow

DROWN OUT THE NOISE TO GET THE TOYS…OR TROPHIES

The toys could be anything that you desire – district defensive MVP, State Championship, college offer to play football, etc. YOU decide what the toys are. That’s the fun part. There is no trophy or award for how many Instagram, snap chat or facebook posts you make or how many likes your post gets.  Again, focus on what you really want.  It is your life after all.

Put your plan into motion part. Get going, it only takes 5 minutes.  What do you have to lose?

SO WHAT DOES THIS HAVE TO DO WITH HIGH SCHOOL FOOTBALL?

Well, if you’re happy with mediocrity probably nothing.  If you’re led by your ego then good luck, hope next year is better.  If you’re led by a relentless desire to improve and win a State Title in the next few years then keep reading.

First, I want to introduce you to a high school football beast named, Jack Jerome.  I don’t know him personally.  But I know OF him.  He is everything that I’m looking for in terms of a high school strength athlete – hard worker, results-driven, strong, disciplined, focused, and a leader.  How do I know this?  Because I saw him play football earlier this year in which Lampasas High School won the game by a score of 66-27.  Next, I learned that he does powerlifting in high school.  His best lifts are:

This is your high school football prototype.  This individual will elevate everyone around them.  Hit the weight room HARD.  Don’t underestimate being bigger, faster and stronger on the football field.  Yes, you can be athletic, too – watch the video below to see what power and athleticism looks like.

I guarantee you that Jack Jerome is focused, confident, coachable, and can be relied upon to make big plays in football games.  It takes a tremendous amount of focus in training to be able to use those types of poundages.  You cannot be distracted and make those lifts.  Just like making straight A’s, just like making plays like this:

EVER HEARD OF RUSSELL WILSON? (Click Play, Turn Up Volume)