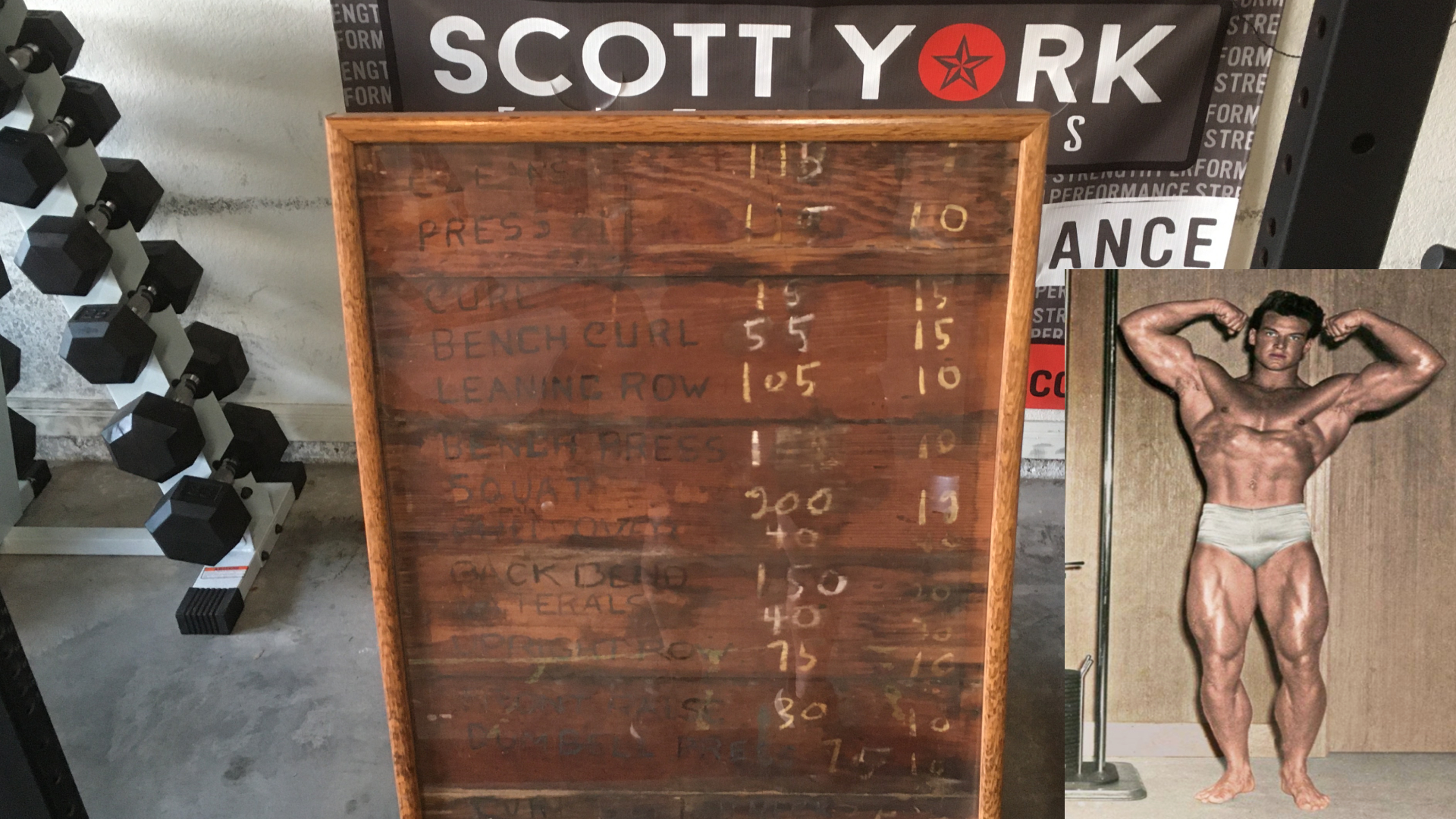 Steve Reeves is generally regarded as the greatest bodybuilder who ever lived.  He was born in Montana in 1926.  His father died in a farming accident when Steve was very small.  Steve’s mother moved to Oakland, California which is where this story begins.

As a young boy, Steve rode his bicycle through the hills of Oakland which, he says, is how he built his legs up.  He would either make it up the hill or break the chain trying.  He broke some chains but he made it up just as many. One day, Steve lost an arm-wrestling match with a classmate.  Later Steve found out that the boy lifted weights at his house.  Steve paid the boy to work out with him.  Once he knew the ins and outs of working out, he bought a weight set and began working out in his Oakland garage.  He wrote his workout routine in black crayon on the wall of the garage.  He used white crayons or chalk to update the reps and poundages.  Steve was around 16 years of age at this time.  Steve soon joined Ed Yarick’s gym in Oakland.  Steve was then drafted into the Army where he was stationed in the Philippines.  After 26 months of service, he shipped out and arrived back in Oakland in September 1946.  He began competitive bodybuilding, won Mr. America 1947, Mr. World 1948, and Mr. Universe 1950.   He began to get bit parts in TV shows and then in movies.  His career took off quickly and he became a major movie star in the latter 1950s and early 1960s.  He became “Hercules”.  He was the number one movie star in Europe.  Some theatres showed “Hercules” four times a day, 24 hours a day.  He was at the top of the highest-paid actor list.

Many years later, a friend of Steve’s named George Helmer was curious if Steve’s house in Oakland was still there.  After some research at a local library, he determined that it was.  George went by the house and took pictures to show Steve at their next visit. When George showed Steve the pictures of his childhood home in Oakland, Steve mentioned to George that he wrote down his first workout routine on the garage wall.  He wondered if it was still there. George took the bull by the horns and with a lot of work was able to recover the section of the wall that has been called “The Holy Grail Of Bodybuilding.” 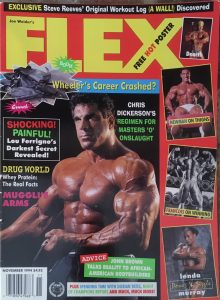 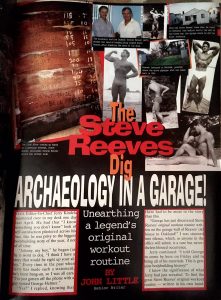 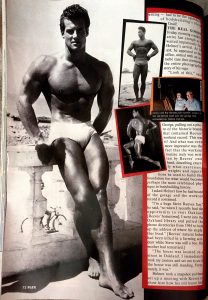 This copy of “Flex” magazine has the story.  I read this bodybuilding magazine every month when I was in my 20’s – I remember reading this particular issue.  I have this issue.  To think that someday I would actually own “The Wall – The Holy Grail Of Bodybuilding” is simply mindblowing.

It’s too much to wrap my head around but…there it is.  If you haven’t already, watch the video above for more on this historic piece.