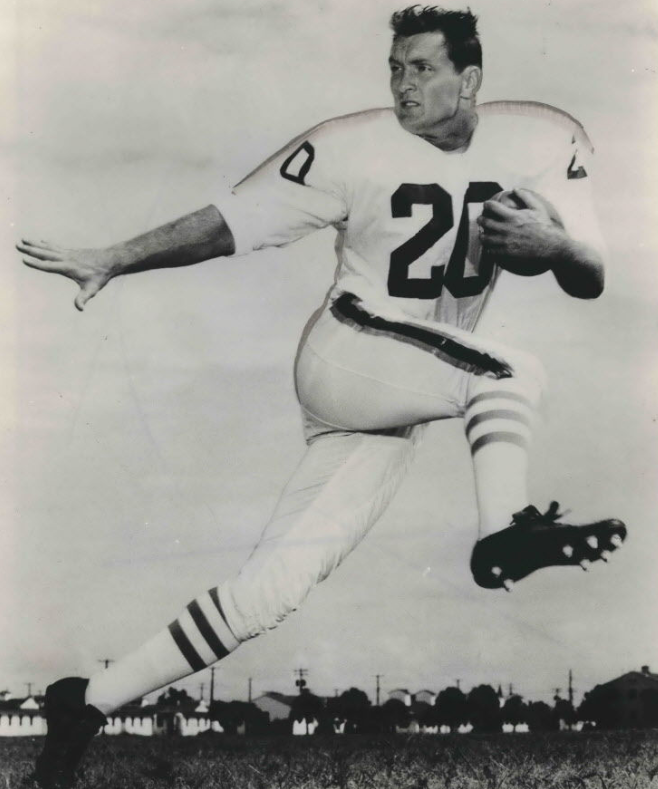 I saw a news story recently about a high school football player in Louisiana who was breaking all kinds of school records in football. He’s a 5’6″ 198lb running back named Joshua Bickham.  He’s also a high school state record-holding powerlifter.

The last time I checked, his verified lifts are:

These are all State records.

“(Bickham) is just incredible,” head lifting coach John Burford told The Times-Picayune. “He has an absolute God-given gift. He’s really humble about it, and he comes to practice every day to push himself. Man, I guess he makes me look good.”

With a frame that strong and powerful you’d think he’d have trouble moving on the football field, but that’s certainly not the case. Watch Bickham’s combination of speed and power on the gridiron.

There’s a misconception still going around, especially in the smaller towns and cities that muscle will make you slow. Watch the video again if you didn’t watch it the first time. If you want to win at the highest levels in football, you MUST have a top-notch strength and conditioning program in which ALL of the kids participate in. The mental toughness that your players will get from doing 10 sets of 10 reps with 275lbs + on the FULL barbell squat will set them up for warrior status in the 4th quarter when the game is on the line.

275lbs on the full barbell squat too much?  Get stronger.  Eat, breathe, live making yourself a better bigger, faster, stronger athlete.

One of the first football players who used strength training to dominate other teams was Billy Cannon (From Wikipedia):

Billy Cannon started high school at Istrouma in Baton Rouge, in 1952. He was noted for his speed and strength and became a star athlete in football and track. In football, he scored 39 touchdowns his senior year, was named All-State and All-America and led his high school to a state championship in 1955. He would later run the 100-yard dash in 9.4 seconds, and the 40-yard dash in 4.12 seconds. He put a 16-pound shot 54 feet. 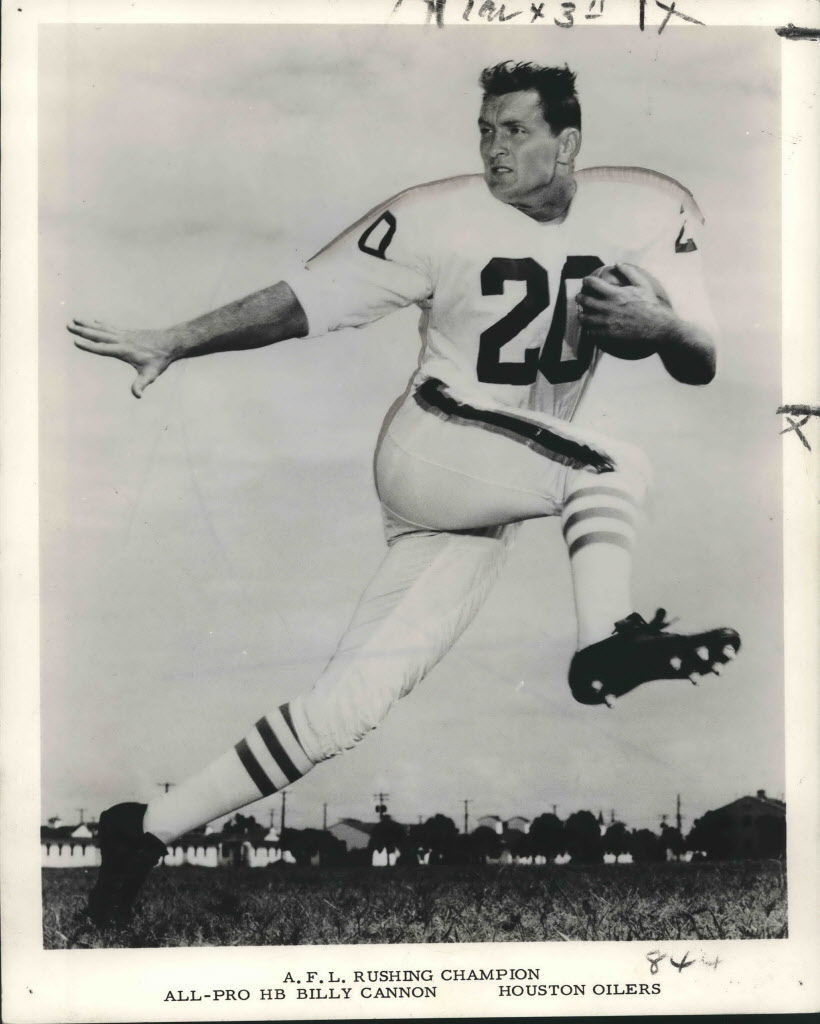 Billy won the Heisman trophy and was elected to the College Football Hall of Fame. Cannon had an uncommon combination of brute strength with the speed of a sprinter. The reason that brute strength and sprinter speed is uncommon is that strength training is still not utilized as it should be in high school and, for the most part, college football.

From the Collegiate Strength and Conditioning Coaches Association:

Alvin Roy was assigned to aid the US Weightlifting Team in Paris for the first post-war world championships. The now-legendary Bob Hoffman was the coach of the United States team. This was an extremely important experience for Roy. He saw first hand that contrary to popular belief, lifting heavy weights did not cause a person to become slow and “musclebound.” On the contrary, he learned that weight training actually helped the individual to become faster and more flexible. He had always been taught that an athlete could do nothing worse than lift weights!

Upon returning to the US the following year, Roy visited his weightlifting friends, including Bob Hoffman, who owned the York Barbell Company and was the publisher of Strength & Health magazine, wanting to learn more! He opened a health club in Baton Rouge and filled it with equipment from the York Barbell Company. He began promoting weight training not only as the key to good health but also to success on the athletic playing field. He continued to be involved in national and international weightlifting competitions, including the 15th Olympiad in Helsinki, Finland in 1952, for which he was the US Olympic Weightlifting Team Trainer. The USA placed first. His fame and credentials in the field of weightlifting continued to grow and were becoming widely recognized!

Eager to share his new-found knowledge locally, Roy approached his old high school coach and high school principal, Coach James Brown and Principal Ellis Brown, in 1951. The two were twins, known as “Big Fuzzy” and “Little Fuzzy,” respectively. Roy offered to help the football team with weight training, but his offer was rejected because the Brown brothers subscribed to the belief that Roy himself had once held that weight training was detrimental to athletic performance.

Three years later in 1954, the Istrouma High School football team suffered a crushing defeat by cross-town arch-rival, Baton Rouge High. Roy again offered his assistance, supporting his case with stories of a growing number of top athletes who were lifting weights. He even offered to set up and supervise the weight training program. Roy’s persistence and his firm belief in the value of weight training finally persuaded the Brown twins to give him a try. They both knew that they were quite possibly putting their jobs on the line if the weight training program did not pay off as Roy promised!

The school bought the necessary weights, and the program was centered around barbells, using bench presses, rowing motions, deadlifts, dumbbell presses, and squats with low repetitions and many sets the way competitive weight lifters trained. As a result of Roy’s training program, the athletes made great gains in both strength and lean body weight. Along with these gains in power and size came increased confidence. Billy Cannon, a member of the football team who also played basketball and ran track, was exempt from lifting during the spring because he had always been taught to believe that weight training would slow his speed. He also knew that his best chance of receiving a major college scholarship would be dependent upon his speed. But as time went on, he was intrigued by the changes he witnessed in his teammates and decided to join in during the summer training that Roy offered to the players at his gym. This added further pressure on Roy because the weightlifting program would be finished if Cannon’s speed decreased in the least over the summer months.

By fall, only one of the 40 boys who had trained during spring and/or summer had not gained at least nine pounds of lean body weight, and some gained as much as 30. But most importantly, the Istrouma football team won all 13 games of the season. Four players made All-State, and Cannon achieved a state record of 229 points and averaged 10 yards per carry. In addition, he was the most highly rated high school back in the United States. That spring he ran a 9.7 100-yard dash, winning the state meet in the 100, 220, and the shot put. In addition to beating handily every team they played that season, the team had fewer injuries than in any of the previous 20 seasons.

Needless to say, the Brown twins were ecstatic! They had taken a chance on Roy and his weight training program, and their gamble had definitely paid big dividends! They were now believers! Over the summer Billy Cannon continued to train under Roy because there was no organized strength training program at LSU where he would be playing football under Coach Paul Dietzel. Cannon had a great freshman year, but the team had a disappointing five and five record when he was a sophomore. So once again Roy paid a visit to a coach in this case Coach Dietzel–who held the same negative view of weight training that the Browns had held. As he had done before, Roy was able to convince Dietzel to give him and his weightlifting program a chance, and despite predictions that LSU would finish ninth in the SEC, LSU went undefeated the 1958 season, winning LSU its first national championship and making Paul Dietzel the Coach of the Year. Cannon went on to win the Heisman Trophy, as well as the 100, 200 and shot put in Track competitions that spring. (https://www.cscca.org/about/awards/legendsaward/2009)

All of my athletes are typically 6-12 months ahead of their counterparts in terms of size, strength, and speed.  This guide lays it out step by step.  It is my ultimate performance guide to high school athletic success.  Available on Amazon at https://www.amazon.com/dp/B076FDC96G