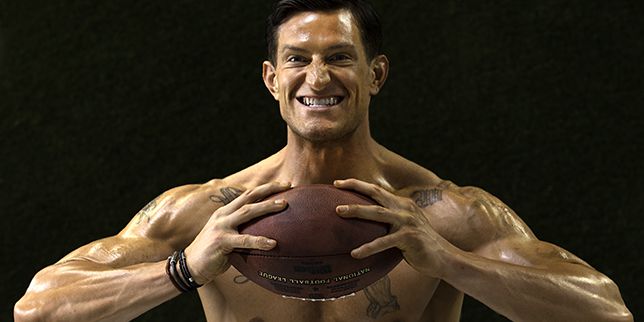 I’m a big believer in building a strong, balanced body for my athletes.

Athletes who want to be strong, balanced and stay injury-free should treat all muscle groups equally and train them weekly. At Scott York Fitness, we don’t favor any one body part or exercise.

You may find that certain muscle groups respond better to training than others but that is largely due to genetics.  One of the biggest mistakes that I see, is falling into the trap of doing the same training, working the same body parts, using the same methods over and over again. If this sounds familiar, then I believe you’re leaving a lot of development, strength, speed, balance, coordination, education and results behind.

I’ve kept my training logs for 30 years now. I keep them so I can relive and reflect on those times, compare training then to now and keep high expectations. I want to keep my strength up and don’t want to use age, lack of time, etc. as an excuse.  It’s an obsession. I think of these training logs as part science, part intuition with a dash of art. The science is made up of learning, experimenting, testing, keeping records and evaluating. The intuition is passion, experience, and psychology. The art is knowing when to apply certain methods in the gym based upon athletes age, body type, goals, sport, time frame, current energy levels, and emotional state. And then there’s the ever-important nutrition aspect. I value these training logs and use them to gauge where I’ve been and where I’m going.

Whether you’re a football player, a golfer, a swimmer or a middle-age active adult – an equally balanced, strong, healthy body should
be a primary goal. Unfortunately, a lot of athletes tend to neglect training certain body parts such as direct arm training and I think that this is a mistake. You’re only as strong as your weakest link and if you’re not training your arms, an injury may be lurking. Injuries are, of course, inevitable – bending down to tie your shoe and tweaking a muscle in your back, stepping off of a curb awkwardly and twisting an ankle, tripping, sleeping in a less than optimal position, etc. I’ve learned, though, that if I train my body as a whole, I tend to stay injury resistant.

“I entered my freshman year of high school weighing 107 pounds. I was the lightest person in the entire school, except for a couple of girls,” says Steve Weatherford. “I played sports, and I was athletic, but I lacked the size to compete at an elite level. So I made the decision to get bigger, faster, and stronger.” – Steve Weatherford, New York Giants, NFL

There seems to be a misconception that if you’re sprinting, doing Olympic lifts, bench presses, squats, and deadlifts, then, as an athlete, you’ve got your bases are covered.

And here’s a great example.

Nosseir won the gold medal in the light-heavyweight class at the 1928 Summer Olympics in Amsterdam at age 22. He lifted 355.0 kg (782 lbs) over three lifts in the ‘men’s >85kg’ event to book a new world record, winning Egypt’s first-ever Olympic gold medal.  He went on to set 12 world records in weightlifting.

Egypt ’s most famous strongmen, powerful weightlifters and world record holders like El Fayad, Khadr El Touni and so many others were influenced directly or indirectly by Nossier.

When asked about the main technique that he used to produce so many world champions in weight lifting, Nossier said that he taught each athlete bodybuilding principles. Nossier felt that after each athlete built his muscle size and strength through bodybuilding, he could then specialize in all the various techniques of weightlifting.

This is probably a first among weightlifters and is something that has all but been forgotten. I rarely see Crossfitters doing direct biceps exercises nor do I see weightlifters do direct isolated arm training – at least not in a bodybuilding sense.

If you’re trying to improve your deadlift and you’re using an over/underhand grip, the strain on the biceps (underhand grip) is intense. If you’re using twice your body weight or more on the deadlift, injuries can and will occur over time. My suggestion is to do biceps curls (all variations) in order to promote injury-free training. Pop a biceps or rupture a tendon, and you’re done for a long time.

To sum up, whether you’re a football player, tennis player, basketball or baseball player, train your body equally and with the same intensity to build and keep a solid foundation.  Bodybuilding is medicine, it will make and keep you strong and it will do wonders for you mentally as you journey through life.