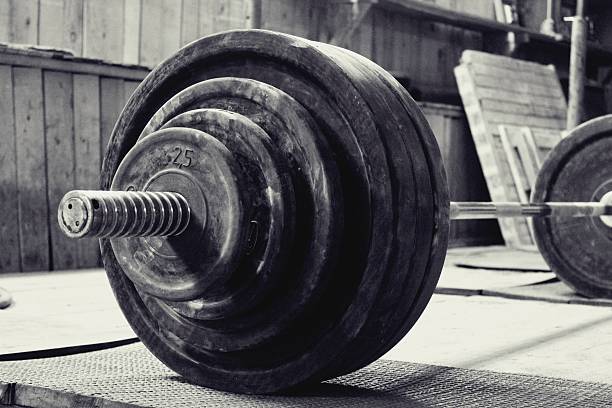 Variety is the spice of life.

And so it is with strength training for high school football players.  Once basic strength has been achieved – push-ups, pull-ups, squats, and presses,  I start filling in the gaps with accessory lifts and drills.  The idea is to keep the athlete fresh, build multidimensional strength and continue to get bigger, faster and stronger…safely.  In this video, we have three high school football players performing rear elevated single-leg squats for strength, balance, coordination, ankle stability, and force production.  Next, we have weighted box jumps, depth jumps, and seated box jumps while wearing ankle weights.  Finally, these athletes are performing sled drags with 180lbs for the glutes, lower back, hips and hamstrings and reverse sled drags for power and quad development.

Landon has gained 25lbs of good weight since he started with me in the Spring of 2018.  Landon weighed 156lbs when he started and tips the scale at 181lbs at his heaviest.  The challenge, now, is eating enough. Landon burns A LOT of calories.  He is 6’2″, a high school sophomore and plays both football and basketball.  I have to constantly make sure that he is eating enough otherwise he will become smaller and weaker.

David has gained 18lbs of good weight since he started with me in the Summer of 2018.  David weighed 185lbs but he had high body fat.  His body composition has changed big time since he started.  He’s added 18 pounds of good weight, lost pounds of fat and has gotten bigger, faster and stronger.  He has worked hard to go from 0 pullups to now being able to do 4 pullups without the use of bands. This is a major accomplishment both physically and mentally. In fact, since he is doing it at a heavier bodyweight, it’s even more impressive.

Note – all lifts are performed using a full range of motion.  I don’t allow 1/2 or 3/4 reps.  We emphasize strict quality reps to ensure that the athlete reaches his or her full athletic potential.

There are typically 4 things that happen to a football player during the football season:
(in order of least favorable to most favorable)

1) They get injured. Whether we like it or not, it happens. Extra muscle and size is armor. The more armor
the more injury resistant.

2) They LOSE size, strength, and power during the season. This is what happens to most players. They are weakest
at the end of the season when they need to be their strongest.

3) They MAINTAIN size, strength, and power during the season. This is ideal but will only happen if they pay
attention to nutrition and follow an intelligent, consistent, intense workout routine.

4) They GAIN size, strength, and power during the season. This is the Holy Grail and will happen to 1-3% of the
football players out there. This is OUR goal.

How do we accomplish this? By monitoring nutrition daily, weighing 1 x week, emphasizing sleep and rest, using extreme stretching, rumble rollers, and therapy guns to roll out knotted muscles and adhesions, by setting Fall strength goals and by using an intelligent, consistent and intense approach during the season.  My athletes ALWAYS maintain or gain weight through the football season and ALWAYS maintain or gain strength.