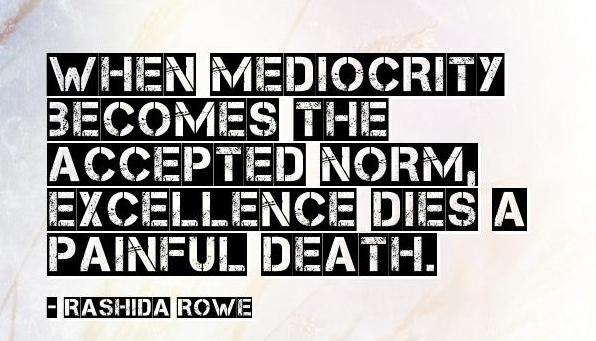 Former Brownwood football Coach Gordon L. Wood is a legend around Brownwood, Texas (population 19,000).  With a win loss record of 396-91 and 9 state championships, his story is worth reviewing.  He was a head football coach for forty-three seasons, winning or sharing twenty-five district championships and nine state championships.  When he arrived in Brownwood in 1960 to coach his first team, he had 2 starters returning from the previous season in which they didn’t even win district.

Preseason sports writers at the time picked Brownwood to finish last in the district, but they beat the odds and the critics to win state and make history.  Coach Wood struck the match that lit the fire in Brownwood.  The 1960 Brownwood Lions were the foundation for Brownwood to become a football dynasty under first year coach Gordon Wood.  He never had a losing season in Brownwood.  He chased mediocrity out of town.

It’s the singer not the song, that makes the music move along, I want you to join together with the band.

Wood set a state and national record with a total of 396 wins, 91 losses, and 15 ties in 43 seasons as a head Texas high school football coach, an 80% winning record.  The 4 foundations of Coach Wood’s program were:

Wood grew up on a farm picking cotton (work ethic) and played in the first football game that he ever saw in 7th grade.  Meaning he had never even seen a football game in person, let alone played in one. As a result he thought that when the cheerleaders yelled out “FIGHT”, he was supposed to actually fight his opponents when in fact, he was supposed to block them.  He learned quickly and went on to earn a full athletic scholarship to Hardin-Simmons.  This is where he was influenced by the coach at Hardin-Simmons. He decided then to become a coach.  Coach Wood died in 2003 but he left a legacy and the community is still buzzing because of what he started.  They went deep into the playoffs in 2015, losing 14-7 to Wylie in the quarterfinals.  Their Varsity is 3-2 so far this season.

One of the first things that I got out of Coach Woods story is “no excuses”.  The bar was immediately raised.  The expectation was clear.  Focus, focus, focus.  A state championship was the goal.  The goal was reached that very first year in 1960.

Cloudy talk.  It’s the death of a program before it even starts.  It’s the opposite of Focus.  It makes you weak.  It makes my testosterone levels go down.  I do not want to hear it or be around it.  But I do hear it.  I hear guys “cloudy talk” about their opponent being from a bigger school – 5a, 6a, etc and I remind them that if those same players were in the weight room right now with you, would you assume that they are faster and stronger because they’re from a 5a or 6a school?  Of course not.

Would Nolan Ryan, from Alvin, Texas, care who he played against back in high school?  Alvin had less than 10,000 people in 1965 and my guess is that no, he would not care, because he was a junkyard dog.

Would Keegan care who he faced, what district they’re in, how many 5 star, 4 star prospects they have on their team?  When Cedar Park played Manvel in the 5a playoffs last year, I watched it.  I recorded it.  I watched it over and over. Keegan was a one man wrecking machine in the first half of that game. Sacking the quarterback, multiple tackles, disrupting, junkyard dogging…they ended up losing the game but after the game, the Manvel players sought Keegan out and told him that they had been advised about him all week in preparation.  They congratulated him on a great game.

I often hear, yes, Scott but they have more players in their pool of players to choose from.

My response is usually, yes that just means they have more mediocrity.  Look around.  Mediocrity is everywhere.  Kids need someone to raise the bar, be the thermostat not the thermometer.  Expect nothing less than the best.  And you will get their best.  They will listen to you more if you lead the way for them.  Not a do as I say, not as I do Coach.  YOU have to lead from the front.  YOU have to get into the trenches with them and fight. They have to know that you are willing to suffer right there with them.

The guys that I work with know that we value “Achievement”.  That could mean player of the game, all-district MVP, a collegiate offer, an induction into the Texas Hall of Fame (National Football Foundation), winning Austin’s Fittest, straight A’s.

Having  a winning record is great.  But it’s not good enough.  It should be the minimum.  If not then the sky is falling to get it fixed right now.  You have to be energetic, passionate, and a little crazy but when you accomplish it, words cannot describe.  And it can never be taken away.  These are the kinds of things that I talk about all of the time.  Broken record all of the time.  It has to be ingrained.  Every day, every rep, every player, every play has to matter.  Extreme focus.

What you focus on grows

If you focus on excellence and REALLY want it (not just talk about it), you’ll do the little things that will elevate your performance – logging your food, showing up consistently, being coachable, being energetic, and not just in it for “me”.  I’ve learned a lot of tough lessons in my younger years and the roots can  be traced back to lack of focus, lack of caring and being content with mediocrity.  When I decided to pursue those who were great at what they did, not how they use to be great, but right now great, I had a major shift.  I began to surround myself with those types.  I soaked up their energy, their passion, learned how to set and achieve goals.  The little things HAD to matter.  And they still do.

“He was very much an inspiration to me when I was a young coach, only because of something he was doing that I couldn’t fathom. Why some guy would be driving five hours a day to watch me coach linebackers for spring practice.”

Parcells was defensive coordinator at Texas Tech at the time.  Coach Wood would drive 5 hours from Brownwood to Lubbock to watch Parcells.

“I really didn’t get to know Coach Wood that well there, and he really probably didn’t know he had that effect on me. But it did, because he was in his late 50s or 60s at the time, and I’m saying, here’s this guy still trying to get better. He obviously doesn’t think he knows everything. He’s looking for a way to improve his team,” Parcells said.

I sure would have loved to have known Coach Wood.  I would tell him, thanks for striking that match.  Thanks for your strong belief, overcoming the odds, proving the critics wrong and for chasing out mediocrity.