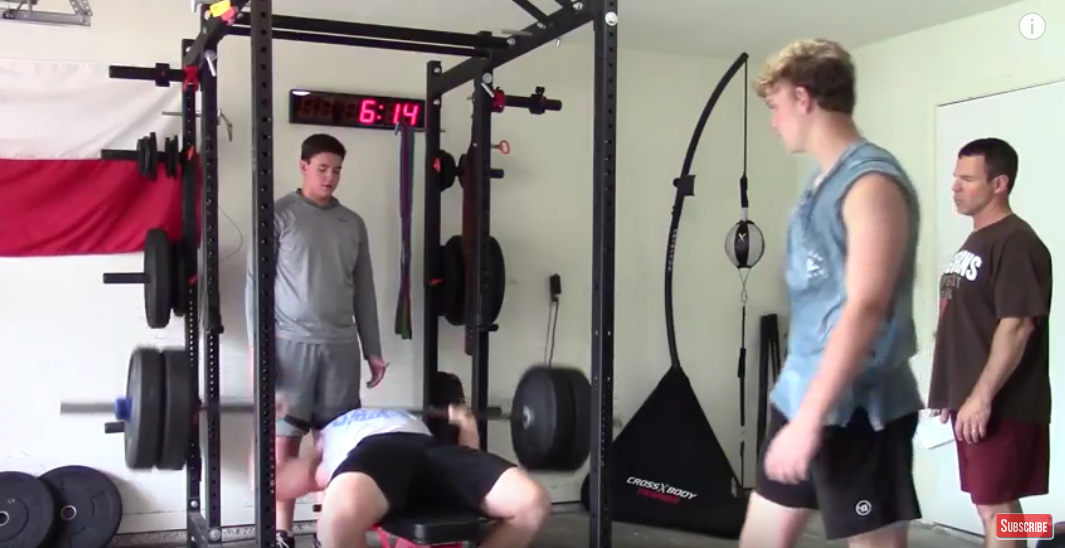 Most of us are familiar with football and the NFL (National Football League). Every year the best college football players are put through a series of tests to determine their strengths (and weaknesses). This is called the NFL combine. The athletes hope to be drafted by a NFL team. Most have been working years for this once in a lifetime opportunity to be drafted into the NFL. Tests include: 40 yard dash, vertical jump, broad jump, cone drills, bench press and more). For the bench press, 225lbs is used for all athletes. The goal is to press the weight as many times as possible. The average for linebackers in this years (2018) combine was 21 reps. The average body weight of the linebackers was 238lbs for inside linebackers and 244lbs for outside linebackers. Here’s my “puny” 19 yr old, 210lb high school client, Keegan getting 20 reps with 225lbs AFTER having just done 8 sets of bench press. And yes, he’s fast and can jump, too. Just ask the guys who regularly workout with him. 🙂